*Hispanic Heritage Month first began in 1968 as Hispanic Heritage week under President Lyndon Johnson. President Ronald Reagan expanded the celebration to a full month in 1988 spanning from September 15th (anniversary of independence for: Costa Rica, El Salvador, Guatemala, Honduras, and Nicaragua) to October 15th. According to the Library of Congress, “Each year, Americans observe National Hispanic Heritage Month* from September 15 to October 15, by celebrating the histories, cultures and contributions of American citizens whose ancestors came from Spain, Mexico, the Caribbean and Central and South America.”

**Note on terminology: While the month is still officially titled Hispanic Heritage Month, the term “Hispanic” is usually used to refer to people who speak Spanish or are descended from Spanish-speaking people, while the term “Latino/a/e/x” has been adopted to describe immigrants and their descendants who come from Central and South America or the Caribbean (thus including Brazil).

Connect with our archivist to contribute to the archival collections documenting Hispanic and Latinx history in Tompkins County. 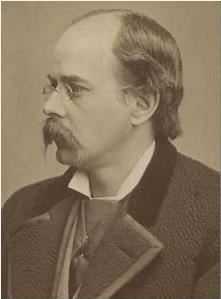 Estevan Antonio Fuertes was born in Puerto Rico in 1838. In 1857, he graduated from the Rensselaer Polytechnic Institute in Troy, New York, and became a successful civil engineer. At the age of 35, he became Cornell's first dean and professor civil engineering in 1873. He was careful to include astronomy among his civil engineering curricula, because it was useful for geographical surveys and telling time. He led the construction of Cornell's first observatory. During the summer, his students would do field work surveying the Finger Lakes. One of the detailed maps they created is of Cayuga Lake and is in the History Center’s map room. Fuertes was the father of six children, including civil engineer James Hillhouse Fuertes and ornithologist Louis Agassiz Fuertes. Cornell’s Fuertes Observatory was built and named in his memory in 1917.

Follow us for posts highlighting Hispanic and Latinx history, culture, and heritage in Tompkins County.