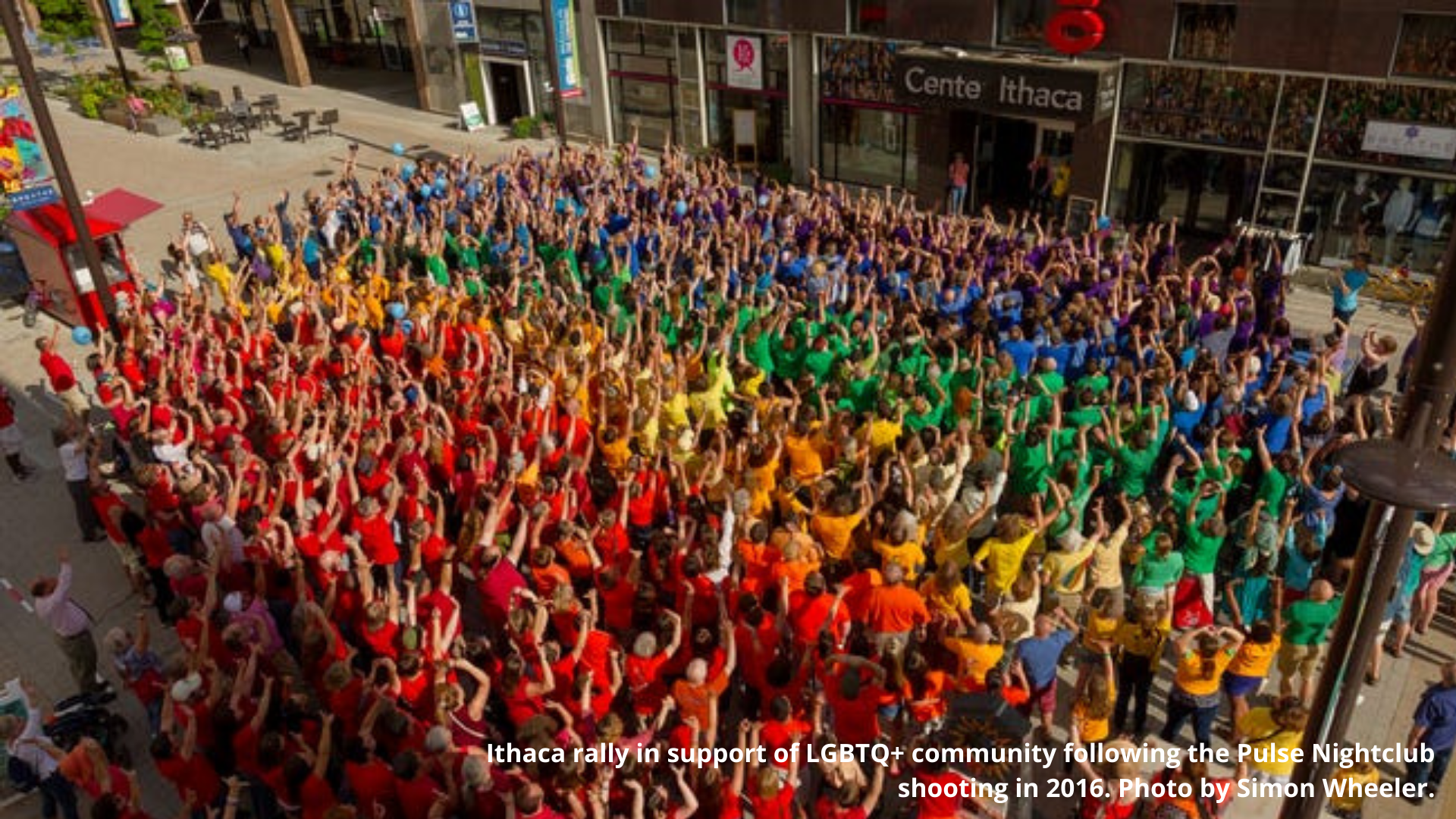 Tompkins County and Ithaca have a longstanding history of being at the forefront of LGBTQ+ rights. A student led protest at Morrie's Bar in 1968 may have been the first gay student sit-in in the United States; and the Student Homophile League, formed at Cornell University in 1969, was the second public gay student organization in the country.

The first formal statement about bisexuality made by any religious or political group in the United States happened in Ithaca in 1972. The General Conference for Friends, brought 1,400 members and friends of Quakerism to Ithaca College for their annual convention. Over 130 people showed up to the bisexuality workshop, and the statement was drafted over the following days.

In 1984 the City of Ithaca became one of the first U.S. municipalities to pass a law banning discrimination on the basis of sexual orientation. In 1991, under a contentious vote, the measure passed county wide as "Local Law C."

Ithaca was also the home of the “Ithaca 50” – a group of 25 local same-sex couples who gained national attention in 2004 for the case Seymour v. Holkomb. Newly elected Mayor Carolyn Peterson devised a unique approach to support local same sex couples while same-sex marriage was still illegal state-wide. The City of Ithaca submitted a collection of 25 same-sex marriage applications to the State Department of Health in Albany NY where they were rejected under the state laws of the time. This allowed the couples to sue the City of Ithaca (with the City officials' "blessing") under the claim that the marriage prohibition was unconstitutional. Although the case was defeated in the Court of Appeals in 2006 it gained national attention and highlighted Ithaca as a community with creative approaches to supporting LGBTQ+ rights.

Connect with our archivist to contribute to the archival collections documenting LGBTQIA+ history in Tompkins County.

THE CREATION OF THE ITHACA LGBTQ HISTORY WALKING TOUR

Follow us for posts highlighting LGBTQIA+ history in Tompkins County.